On the first Sunday after the Feast of the Ascension of Jesus Christ, Venice renews its bond with the sea by celebrating a symbolic Marriage of the Sea. This is one of the most loved events by the Venetians and one of the most beautiful of the year and takes place in the wonderful frame of the Venetian lagoon. Would you like to find out more about it? 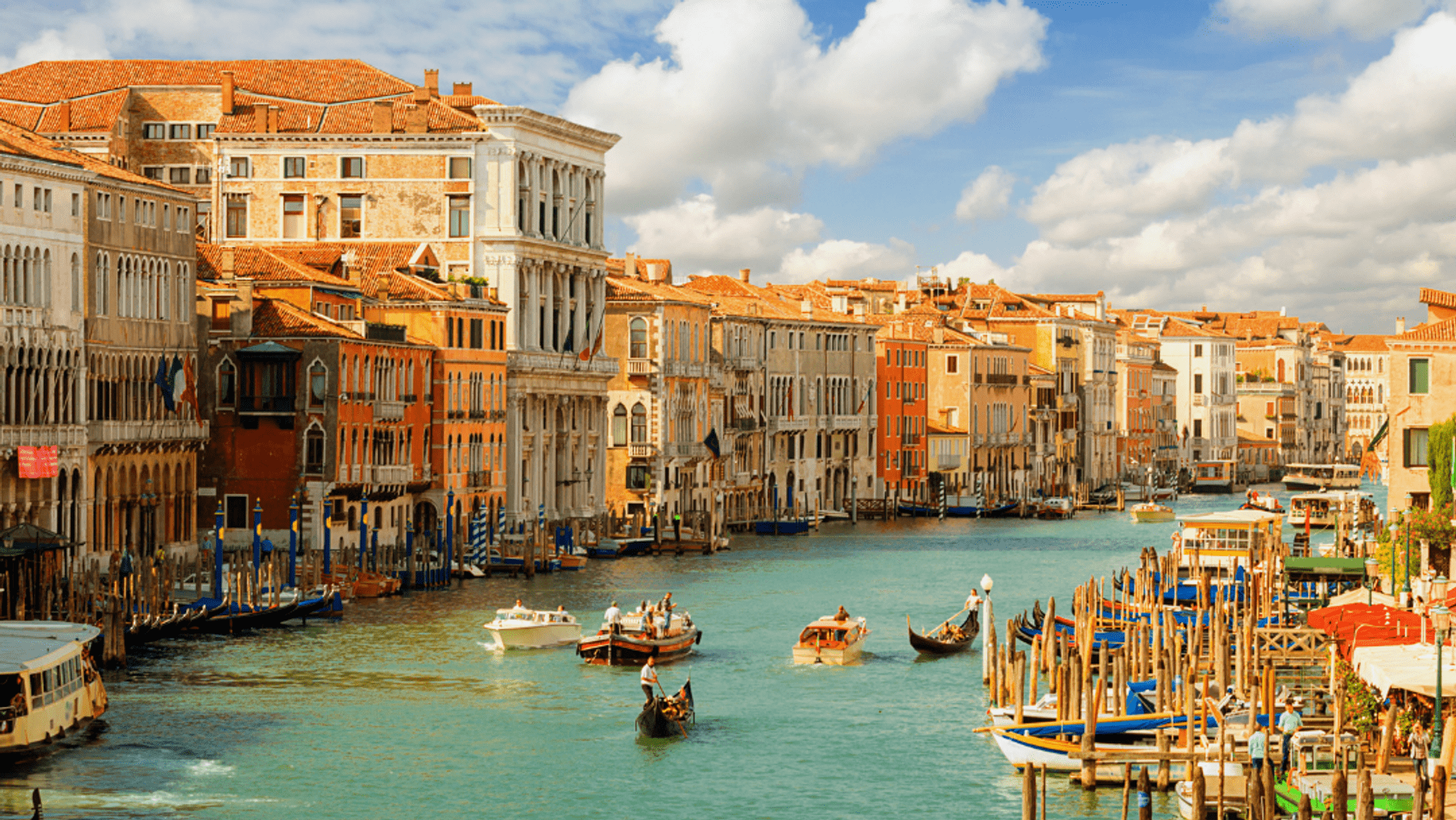 The origin of the Feast de la Sensa

“We wed thee, sea, as a sign of true and everlasting domination”. With these words Venice celebrates every year the Marriage of the Sea, a tradition that has been repeating for more than 700 years (it was suspended only after the fall of the Republic of Venice in 1797 and then reintroduced in 1965) with a spectacular colorful boat parade and historical costumes.

It is not clear when this symbolic marriage took place for the first time but it is surely connected with the history of the city since it commemorates two important events. The first is the victory of the Doge Pietro Orseolo II against the Dalmatian pirates on Ascension Day around the year 1000, which determined the dominion of Venice over the upper Adriatic Sea. The second is the Treaty of Venice agreed between the Emperor Frederick Barbarossa and the Pope Alexander III in 1177 AD thanks to the mediation of the Doge Sebastiano Ziani. As a sign of his gratitude, the pope gave a ring to the doge saying that it would symbolize the everlasting dominion of Venice over the sea.

The symbolic Marriage of the Sea, that is celebrated every year on the first Sunday after the Feast of the Ascension of Jesus Christ (“Sensa” in Venetian dialect), commemorates therefore the faithful union between Venice and the sea and the supremacy of the city over the Adriatic. However, at the time of the Serenissima this feast also gave the Republic the opportunity to show its power and wealth.

The Marriage of the Sea at the Time of the Serenissima

The feast began with a sumptuous procession of rowing boats headed by the Bucentaur, the state ship. After leaving St. Mark’s basin, all boats headed to San Nicolò al Lido, one of the three port entrances of the Venetian lagoon, as the ceremony took place in the open sea.

After a series of prayers for the protection of sailors, the Doge declared Venice and the sea indissolubly one by pronouncing these Latin words „Disponsamus te, Mare, in signum veri perpetuique dominii“. Then he threw a blessed golden ring into the water and the procession went on to the church San Nicolò on the Lido. The Holy Mass and a final regatta closed the celebrations.

After that, all rowers, who were chosen among the workers of the arsenal to row the doge’s ship, together with the most influent state officials and foreign ambassadors, used to be invited to the Doge’s Palace for a sumptuous meal.

The Bucentaur: A Golden Boat

The Bucentaur was the state ship of the Republic of Venice and was mentioned for the first time in a document dated 1253. It was a really big boat: the last one built in 1728 was 35 meters long, 7,5 meters wide and 8,50 meters high. It had 2 floors: the lower floor for the rowers, and the upper, covered by a huge canopy, for the doge and the highest authorities of the Republic. The doge’s ship was famous for its precious golden decorations and statues.

On Ascension Day it left the Arsenal followed by hundreds of decorated boats rowed by the representatives of the Venetian guilds who were traditionally dressed and headed to the Lido island.

You can have an idea of the splendor of this feast in the 18th century by looking at one of the many beautiful paintings by Canaletto with the Bucentaur at the Molo on Ascension Day.

Numerous models of the Bucentaur have been built over the years. The last one was destroyed at the end of the 19th century by Napoleon’s soldiers who wanted to steal its precious golden decorations. A faithful model of this magnificent ship can be seen in the Museo Storico Navale of Venice.

The feast de la Sensa fascinated citizens, foreign ambassadors in the city and hundreds of pilgrims who used to visit St. Mark’s church in order to obtain the plenary indulgence promised by Pope Alexander III during the 15 days of the celebrations.

Anyway, there was also another reason that drew so many people to Venice in that period: The Fair de La Sensa that took place in St. Mark’s square. Starting from 1534, it became more and more important and soon it turned into one of the most famous fairs of that time in Europe. At the fair, local artisans used to exhibit their handcrafted products and goods imported from the East.

Today the feast is celebrated by the mayor of the city, the patriarch and some city authorities on board of a sumptuous boat similar to the Bucentaur. The mayor of the city throws a laurel wreath and the blessed ring into the water and pronounces the usual formula. After that, the procession heads to the church San Nicolò where the Holy Mass is celebrated and there is a nice market on the Lido island. Some boat regattas close the ceremony.

On this day the city fills with curious visitors that do not want to miss the long parade of decorated boats and the regattas in St. Mark’s basin. According to a tradition that is dear to the Venetian, this colorful spectacle takes place every year because what would Venice be without its sea?

The Feast at a Glance

Event: Marriage of the Sea and Sensa water parade

10.30 a.m. – Ceremony of the Wedding of the Sea in front of the church of San Nicolò del Lido

Visitors: A reservation is not required. You can see part of the regatta from St. Mark’s Square or from the Lido Island.

Further information in English about the Feast de la Sensa can be found here: