The Venetians without beard : the misteries of the « Ponte dei Assassini » (English : The Bridge of the Murders)

Do you know why the Venetians could not have a long beard?... 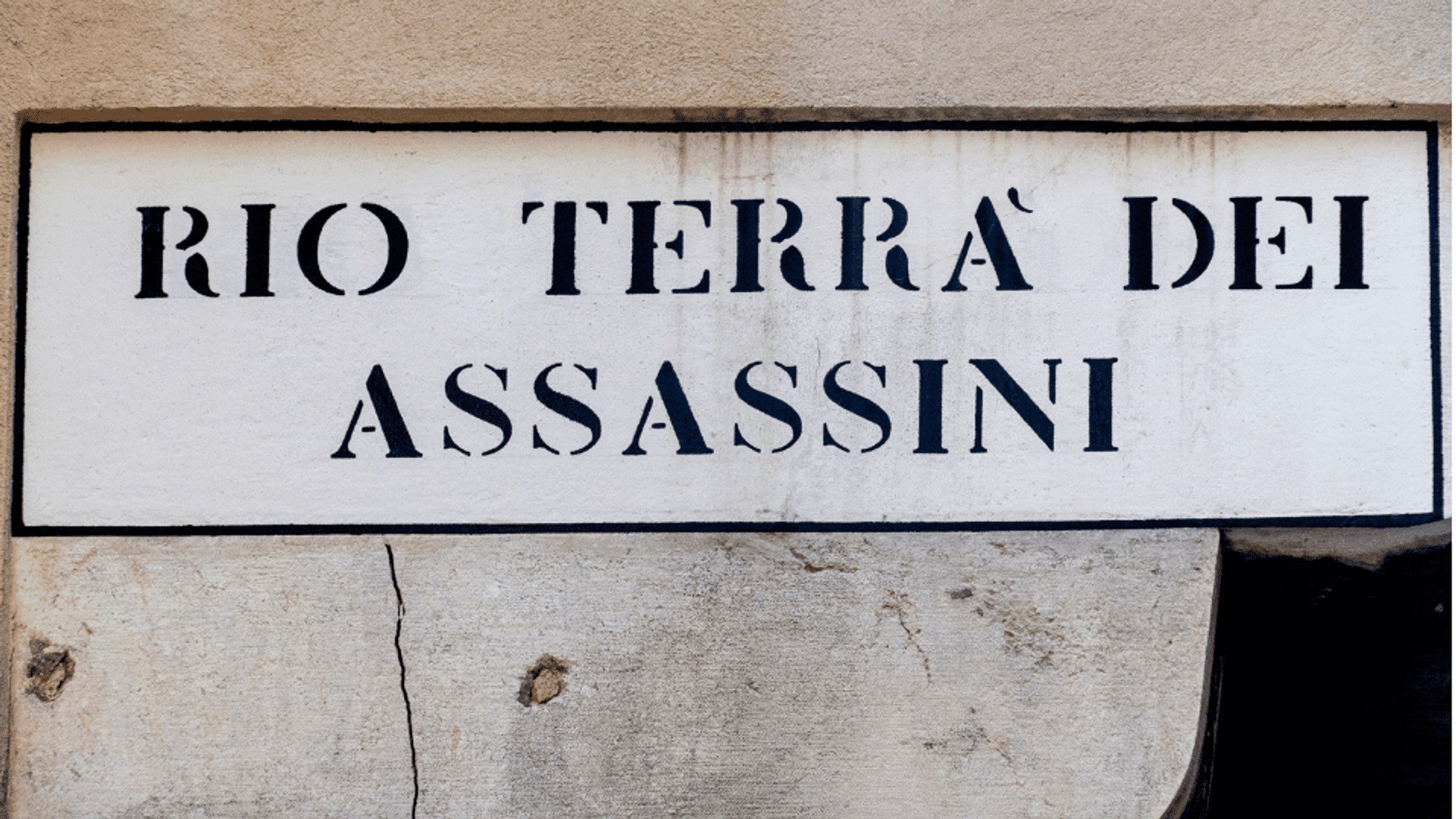 Do you know why the Venetians could not have a long beard? At that time the government decided to forbid to wear a long beard because of the famous murders of the bridge ! A long beard makes people less recognisable as they can camouflage themselves and hide their own face ! The criminals of the city took advantage of this caracteristic and grew their beard to act undisturbed.

A law dating back 1128 really contributed to decrease crime levels establishing that men could not wear a bushy beard during the day and the night. Would you believe that some criminals even wore a false beard to kill their politic enemies or simply victims passing by ? Later this habit was abandoned to pass unobserved and this helped a lot the work of justice.

A curiosity about the name of the bridge

Before broaching the subject we would like to explain you the reason why the « Ponte dei Assassini » bears this name.

The reason is clear. This bridge was one of the darkest and scariest in Venice and very popular among criminals who committed terrible crimes. In the darkness of this area it was easy for them to murder someone without being seen and unfortunately centuries ago it was necessary to walk down this alleyway to reach St. Mark' Square.

Nowadays the « Ponte dei Assassini » does not exist anymore but it still evokes scary images that are part of the story of Venice and the local folclore too. Its importance also affected the local legislation so that the Majour Council had to take prevention measures to safeguard citizens.

Anyway, for thriller lovers the « Ponte degli Assassini » is for sure one of the most picturesque places in Venice !

The illumination of the bridge

Another law of the Majour Council dating back approximately the same period, established that the « Ponte dei Assassini » had to be illuminated after the sunset by socalled « cesendeli », candles put in strategic places of the alleyway. In addiction, holy icons were put next to them to grant a greater protection.

The area was dangerous because it was hardly illuminated and those candles made it somehow safer. It was parish priests who put candles on the bridge and slowly the people started to pass by this area carring a candle in their hand.

Nobles were accompanied by a servant or by an expert guide, kind of « body guard », indeed. Years later the « Ponte dei Assassini » lost its bad reputation and became the alleyway we know. Anyway, tourists love this kind of stories because they give a little bit of mistery to the place where they spend the holidays !

This alleyway is near Rio terà della Mandola, where our hotel is situated. Usually tourists going to Hotel San Giorgio want to know anecdotes about the past of this area.

Nowadays, the part of the city between Campo Manin and the Fenice Theatre is safe. There are no more criminals that make it dangerous and it still keeps its ancient charm. Sometimes listening to these stories is like time traveling !